The largest active volcano in Europe

Special offer only for our guests

Thanks to an agreement stipulated with the Etna cableway, our guests will receive a free gift:

Book now
Excursion to Etna
Seen as a living being and throbbing with life, its ancient history begins in the Quaternary and its size makes it the highest active terrestrial volcano in the Eurasian plate. The man has woven his life with that of the volcano so much that the east and south sides are highly inhabited, while in the north and west is Mother Nature to lord it. The myths and legends have always been interested in this place with a magical flavor, so much so that it placed the forge of Hephaestus inside it, and many other creatures were imprisoned inside Etna.

We propose you to know its secrets and beauties in the simplest and safest way with an excursion with specialized alpine guides who will introduce you to the Valle del Bove, an ancient volcanic caldera, visit ancient and new craters and admire the inexorable power of the flows lava that for example interrupted roads during their journey. A unique adventure that will take you to almost lunar atmospheres and settings. 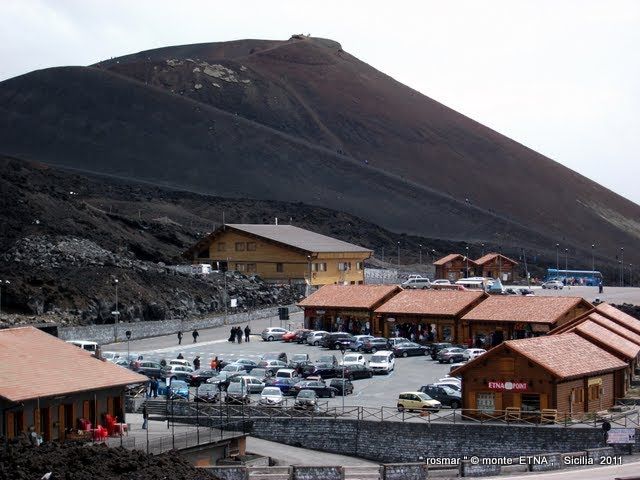 Altitude 1923 meters. The excursion starts from here, from Rifugio Sapienza, a large area equipped with bars, refreshment points, parking lots, toilets and souvenir shops offering a panoramic view of the city of Catania and the towns that border it. In the area there is the ticket office for the Etna cableway (indicated by special signs), active in continuous rotation from 8.30 to 16.30.

Here after parking, you can pay for the option chosen:

In both cases, thanks to a special coupon that we will give you during your stay in PhotoGuest, you will have free of charge:

From Rifugio Sapienza, in 15 minutes the cable car will take you up to an altitude of 2500 meters, near Piano del Lago and Torre del Filosofo, where you will find a secondary station and a bar where you can use our free coupon. 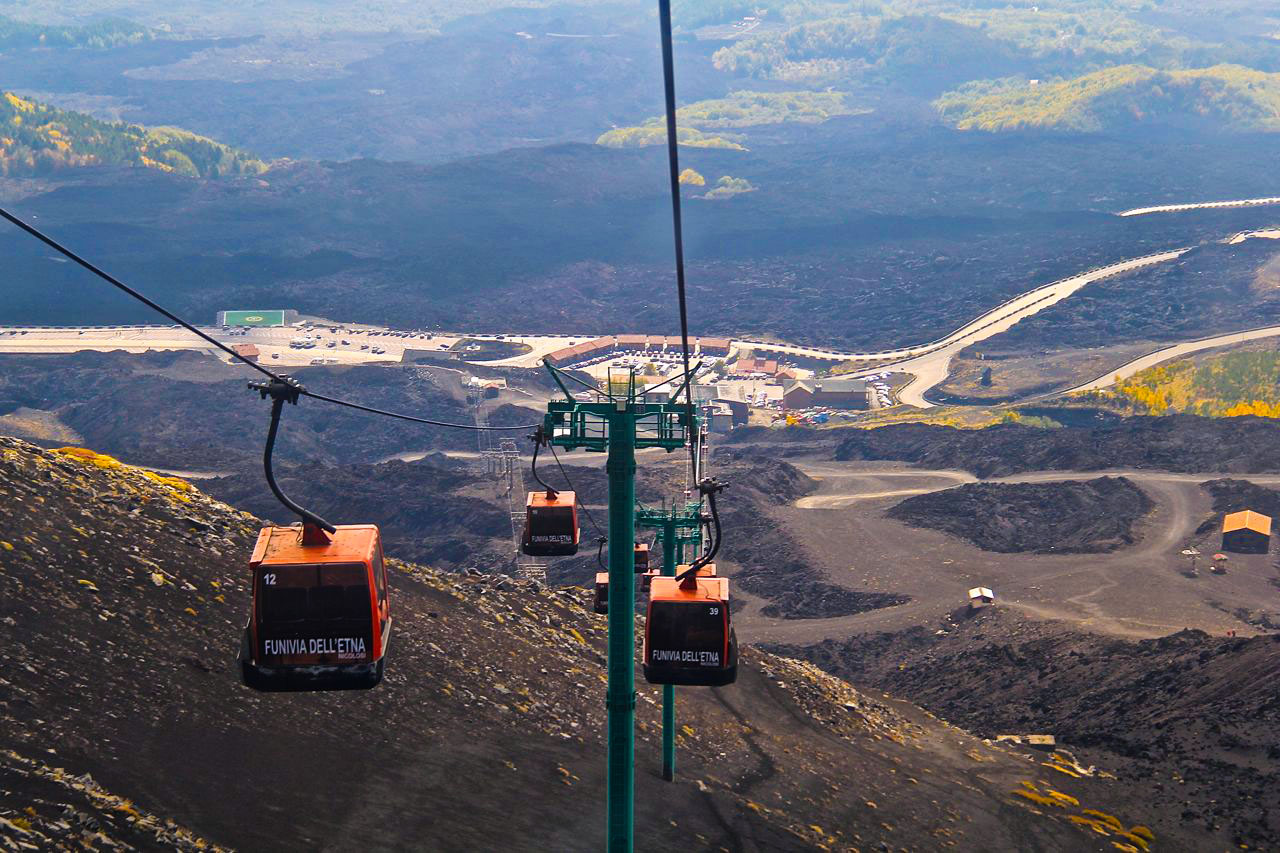 At the end of the cable car, at 2500 meters, off-road vehicles awaiting for you will take you to the top, near the 3000 meters, where highly specialized alpine guides will tour you to discover other craters, such as the Barbagallo craters, the lava flow channels and the  Bove’s Valley. 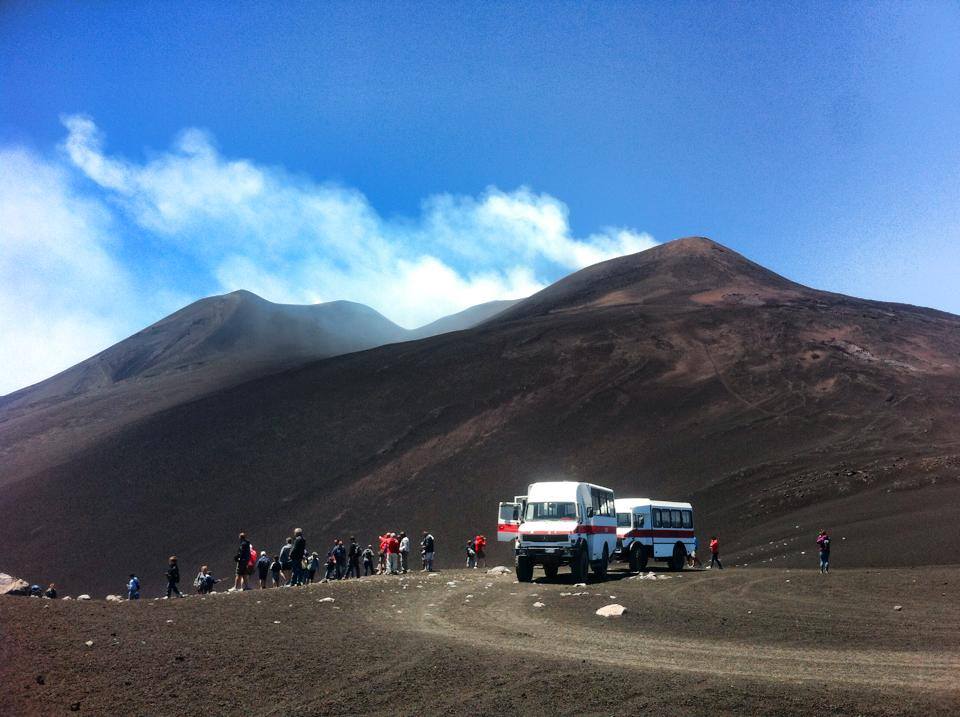 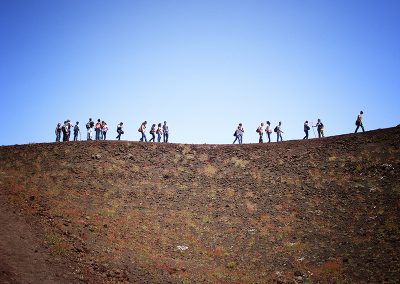 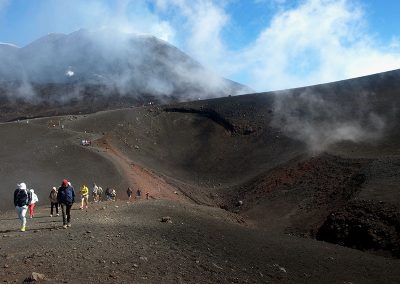 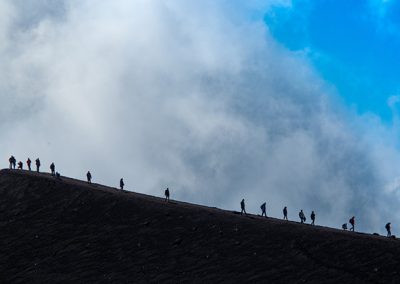 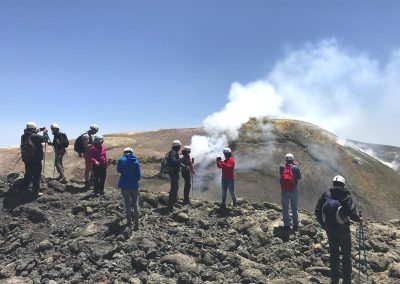 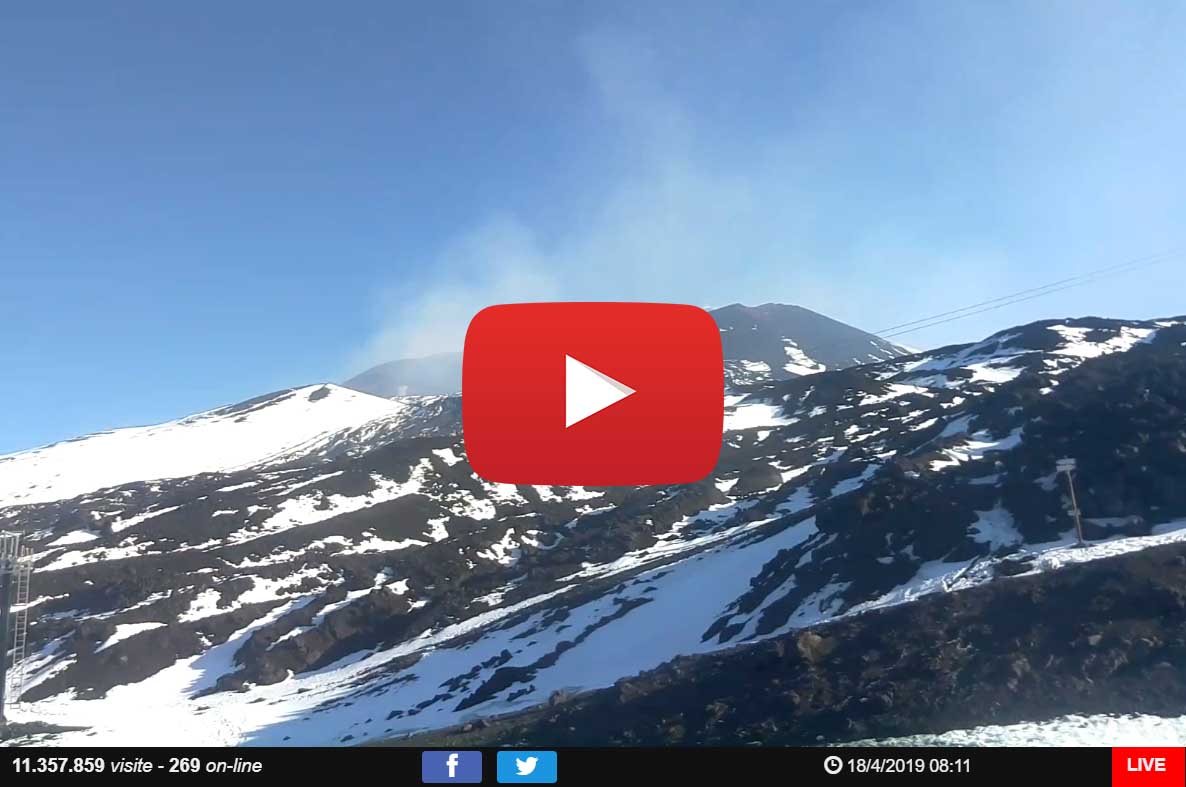